“Moroccan Sahara Desert is Welcoming you; Camping in Morocco’s Sahara Desert Allows you to Join one of unforgettable Adventures you can ever have at Erg Chebbi dunes; Come and discover by yourself”

Sahara Desert is a very big wasteland. Still, desert could be the best tourism destination; however, the Moroccan Sahara is attracting lot of tourists all over the world. Erg Chebbi camp is the most visited place and that’s because of the great tourism services that are being offered there. More than 13 million tourists have been in Morocco in 2019; also, and from other tourism sources number of tourists in Morocco is increasing each year. Morocco is a tourism country from North to South and from East to Weast; nevertheless, some visitors like most to go south toward desert.

Where is Erg Chebbi dunes located?

How Erg Chebbi dunes can be described

If you arrive to the center of the Erg Chebbi desert, you may think yourself lost. Because it’s a huge golden sand sea you can ever see in your life; so, you won’t see the sand borders while you’re at the center. Also, the sand dunes might rise to 150 meters; it looks like a sandy skyscraper. However, it can be seen within 40 kilometers which means that if you were in Erfoud you could see the Erg Chebbi sand dunes.

How you can get into Erg Chebbi dunes

People prefer to go to Merzouga via the path of the Middle Atlas Mountains for two main reasons. First, the road of the Middle Atlas Mountains gives you the chance to see one of the beautiful landscapes in Morocco. While you take the path of Middle Atlas, first thing you will see is the highest mountains in different colors and if you’re lucky enough and your camp was in winter, you will see a panoramic snow mountain along your way. Crossing by the biggest forest in North Africa (it’s known also as Monkeys Forest) and which is located in one the beautiful tourism cities in Morocco called Azrou; you can enjoy its beautiful green nature. Then, you will arrive to Middelt or the Moroccan capital city of apples (its apple is exported to several countries and to the Europe). You can know that you are there with the statue of apple. Continuing your travel, and after leaving Middelt your next station is Errachidia it’s the capital city of the southeast. So, you will know the most generous people all over the world. After that, you will drive immediately award Merzouga. The second reason why people love to take the Middle Atlas Mountains Road, is safety; you can drive with free mind of any of bad thoughts.

Life in southeast of Morocco is simple and people there are generous. The villages are small and there is some preserved heritage from ancient time; for instance, hoses built of stone and adobe also floored with wood and dust. People there will let feel that you are one of them and not a foreigner. However, and even life is simple in that place; still, you can see beautiful faces with big smiles full of happiness. Also, they will let you know about their culture and you may want to know some of their local language (Tamazight). You really would like to know such people like them.

Trekking camel toward the panoramic sunset in Erg Chebbi dunes

Camel could be the best way for you to explore the beauty of desert in Erg Chebbi camp especially if it is your first time. Actually, you will ride a camel from Merzouga toward Erg Chebbi dunes; it’s only 158 meters from there. While you are riding a camel in the desert that will let you experience a different and wonderful feelings. Then, when you arrive to the top of a high sand dunes and while you are waiting for the sunset, of course you would love to enjoy the traditional Berber music and to taste the Sahara’s tea. Around 6pm or 7pm (afternoon time) sunset will arrive so, at this moment maybe you will be silent and living this unbelievable sunset or it could make you feel crazy so, you screamed.

If you have heard once that the most beautiful night sky is the desert one, it’s really a true fact. Erg Chebbi camp will give you lot of memories for the rest of your life. However, sky at night in desert is lightly because of its beautiful and big stars so that, you will ask for having a full night in Erg Chebbi dunes. In the morning, you will wake up earlier to attend the panoramic sunrise before you leave to Merzouga riding a camel again.

If you love surfing, you can experience sandboarding while you are in Erg Chebbi camp. Visitors love to take surf-boards with them into the top of high sand dunes and surfing. It’s enjoyable and also funny; however, you may not have the chance later so that, you should make sure to do the maximum of activities you can before leaving.

Drive a 4X4, Quad or a Buggy bike in your Erg Chebbi camp

The most useful cars used in desert are the SUVs (Sport Utility Vehicles). However, Erg Chebbi camp has a multiple and beautiful 4X4, Quad and Buggy bikes to make your tourism days in desert awesome. Choose the mode of transport that suits you and discover the golden desert. But if you don’t know how you can drive, there are professional drivers there and whom they would be glad to help you; and why not to be your drivers.

The essential Materials you need before going to Erg Chebbi camp

The climate in desert is usually hot; yet, in Merzouga desert it might be different. Temperature in Erg Chebbi camp can be very hot in the day but it could be cold at night (sometimes could be freezing). So that, it’s good to prepare yourself for climate changes (bring with you your both winter and summer clothes). Also, and before leaving your hotel in Merzouga don’t forget battels of water, sun shade, cap or sun-visor, sunscreen and don’t forget to wear a sandal.

You don’t have to worry about prices while you are at Erg Chebbi camp. Unlike any other tourism countries that are expensive, prices in Merzouga are not much expensive. So that, you will have a luxury camp in Erg Chebbi camp: you will take a luxury hotel, eat the best food, and experiencing lot of activities. Also, you can have souvenir tools from the traditional souk of Merzouga (big traditional markets)

Kasr Rissani is located in the south-east of Morocco; region of Er-achidia city. And about 37 km away from Merzouga desert. The mausoleum of Moulay Ali Cherif, third great-grandfather of Moulay Cherif founder of the Alaouite Dynasty of Morocco can be found in Rissani. It’s known with its big and beautiful traditional souk which get widely full of people especially in Thursday. The village get back to Berber but still, we can find Arab families living all together in peace. The economics of Rissani based on the agricultural sector; Nevertheless, it’s a big vacation spot so that, tourism incomes are important for the economic revival of the village. When you arrive into this beautiful Berber town, the first thing will attract your attention is the wonderful yellow color of the whole buildings. Lot of clay houses and hotels architected in a great way which make the village looks more beauty. However, you may be shocked when you get inside these clay houses and hotels because they combine the traditional and modern life style. There is a big gate-way which allow you to get into the village center.

Medfouna or the Moroccan pizza is a big delicious traditional stuffed bread. You cannot be at Erg Chebbi camp and you don’t have tasted Medfouna. Lot of ingredients are using in this magical pizza such as: meat, eggs, olives, onion, coward etc. All these ingredients are stuffed inside the dough and being cooked in very special way. Also, served with a hot mint-tea; for some Amazigh people it might be a daily meal. However, it’s originally cooked for the first time in Rissani.

Some appearances and qualifications of people in Rissani

Is there Hotels in Rissani

Because of the huge numbers of tourists who choose to camp in the Sahara Desert, tens of hotels and restaurants were built in Rissani. There are luxury hotels which can fits your tourism budget and also with your holiday days. Additionally, all services in Rissani and Merzouga are really great so, you won’t complain. As a visitor and you don’t know which hotel is best for you, feel free to ask in https://moroccocameltours.com/contact-us/ they will answer all your questions and provides you with all the information you need to know before going to Erg Chebbi camp.

Information about tourism in Morocco:

When exactly the Moroccan tourism starts its vibrant and growth:

In the second half of the 1980s and the early 1990s, between 1 and 1.5 million Europeans visited Morocco (this number was hard to be reached at that time).

From where the tourists come:

of course, Morocco is a tourist destination for people all over the world but French, Spanish, Britain, Italy, Germany, Netherlands are the most visitors. But nowadays, tourists come from everywhere in the world such us USA, Brazil, Arab people of the Middle East and Russians etc.

In 2017, there were 10.3 million tourist arrivals, compared with about 10.1 million in 2016, a 1.5% year over year increase. 30% of the tourists were one of the 3.8 million Moroccans living abroad. Marrakech itself had over 2 million visitors in 2017.
The government’s efforts in the sector of tourism in Morocco: in the few years ago, Moroccan government has been invested lot of money in tourism development. Tourism strategy now adopted to the Vision 2010 which was developed after the accession of King Mohammed VI in 1999.

it’s very famous in the whole world, the Moroccan recipes are now being used in many countries because of the heavily demands on the latter. Moroccan food is delicious, divers and healthier (we can find: Tagine recipes, Moroccan tea, Pestilla etc.)

Morocco today is a new one. Roads are in great condition; also, there is the highway (normal roads) and the motorway. However, if you didn’t bring your car with you to Morocco; yet, there are lot of Car-agencies that you could contact for renting one (you can find all car’s types) with acceptable and cheaper prices. In addition, there are lot of airports along the kingdom so, you can choose the closed one to your targeted tourism place.

Be sure that all Moroccans are working together to make tourism in Morocco the best in all areas. Tourism in Morocco is competing to be internationally the best; not only in North Africa. After all, Morocco is welcoming you anytime. In brief, we as Moroccan love to make people know about our country, our culture, and our appearances and qualifications. Let us know in the comments what you loved more about Morocco and tourism in the latter. 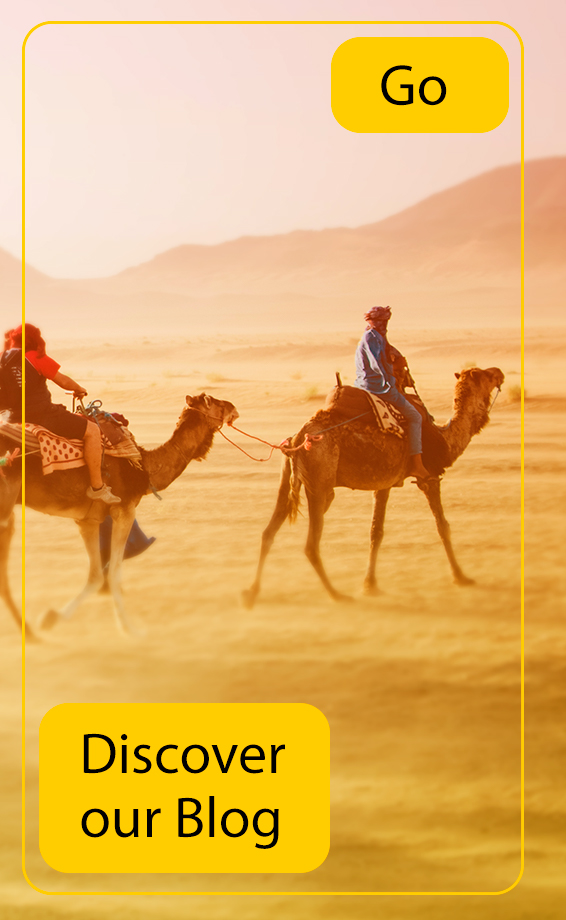 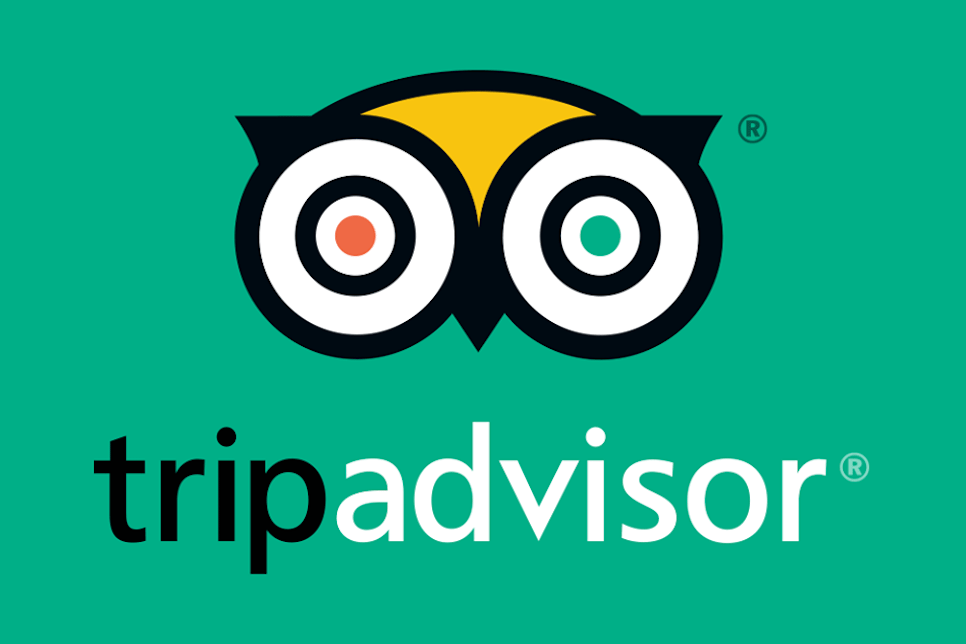